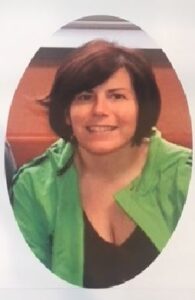 A scholarship fund was established in memory of Stephanie Mercandetti, a Framingham resident, originally from Brooklyn, New York, who passed away in January 2018.

Stephanie was past Vice Chair of the Framingham Democratic Town Committee in the early 2000s.  She was on the staff of former Framingham state senator David Magnani and served on Framingham’s Planning Board.  She came to Massachusetts to pursue her college education in political science at Northeastern University.

Her untimely passing was felt deeply by so many who admired and respected her.

A scholarship was created in her memory to be awarded to high school students pursing careers in political science.  The winners are: 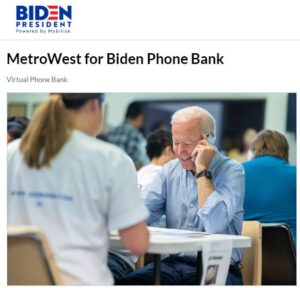 Sign up to join virtual phone banks for the Joe Biden 2020 campaign. 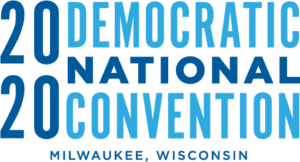 END_OF_DOCUMENT_TOKEN_TO_BE_REPLACED

The Joint Elections Committee in the MA Legislature has a hearing this afternoon to discuss election reforms in response to COVID-19.

A few months ago, the Legislature took initial steps for municipal and special legislative elections: expanding early voting, shortening the voter registration blackout period, and making it easier for voters to cast their ballots absentee.

We need to build on that for the fall to make sure that we can have high-turnout elections while protecting public health.

END_OF_DOCUMENT_TOKEN_TO_BE_REPLACED

The 2020 DNC is scheduled for the week of August 17th in Milwaukee, Wisconsin  A decision is still pending on whether the convention will be held in-person due to the COVID-19 restrictions.

See the full list of the elected district level delegates at this link:

RT @ewarren Donald Trump was a failed president long before his botched handling of coronavirus and this economic recession. He's spread…

We're #1! In coronavirus. And the problem is political, not medical or technical. The #WorstPresidentInHistory is making the USA a $hithole…

This is what a hero looks like. #BlackLivesMatter #VoteBlueToSaveAmerica twitter.com/repjohnlewis/s…

RT @repjohnlewis 59 years ago today I was released from Parchman Farm Penitentiary after being arrested in Jackson, MS for using a…

RT @billmckibben Hey all you activists out there: really nice work! reuters.com/article/us-usa…