Questions 1 and 2 will be on state-wide ballots.

There will be a third question specifically on the City of Framingham ballots.

The Framingham Democratic Committee has endorsed Questions 2 and 3 for passage.

https://ballotpedia.org/Massachusetts_Question_1,_%22Right_to_Repair_Law%22_Vehicle_Data_Access_Requirement_Initiative_(2020)
.
Question 2: Ranked-Choice-Voting.  If passed will allow voters to vote for candidates with first, second, third choices.
https://ballotpedia.org/Massachusetts_Question_2,_Ranked-Choice_Voting_Initiative_(2020)
.
In the City of Framingham there will be an additional question.  If passed seeks to preserve and protect open spaces and natural resouces.
Question 3: Community-Preservation-Act
http://framinghamcpnow.org/

At the August 16, 2020 business meeting of the Framingham Democratic Committee a resolution was passed unanimously in support of Black Lives Matter.

WHEREAS, the Framingham Democratic Committee is committed to furthering the messages and delivery of racial equity and social justice to the inhabitants of the City of Framingham, the Commonwealth of Massachusetts, and the United States of America.

Text of FDC Chair’s Speech At Vigil For Eurie Stamps

A vigil was held in memory of the late Eurie Stamps, a Framingham resident killed in January 2011 during a SWAT team raid at his apartment.  Stamps was not the intended target of the raid but was mistakenly killed. No charges were brought against the officer involved.  A vigil in Stamp’s memory was held on August 16, 2020 seeking justice for Eurie Stamps and demanding a re-opening of the case after the Middlesex District Attorney’s office did not bring charges forward.

Framingham Democratic Committee Chair Michael Hugo was among the presenters at this vigil.  The text of his speech is presented here:

Michael Hugo, 36 year resident of Framingham, Chair of the FDC, and a fan of my friend Eurie Stamps.

Framingham Dodged a bullet. Framingham dodged THE bullet, but Eurie Stamps could not!

Late one cold starry Tuesday night in January of 2011, as Tuesday morphed into Wednesday, Eurie lay in his bed, dreaming about his children and more importantly to him, his 15 grandbabies that idolized every word that came out of G-Pa’s mouth. They adored him, and like the rest of us, they knew him to have a permanent smile and a mouth full of love.

END_OF_DOCUMENT_TOKEN_TO_BE_REPLACED 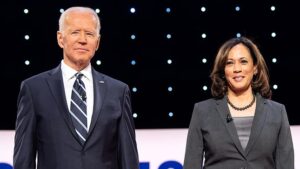 The 2020 Democratic National Convention kicks off on August 17th and concludes on August 20th with Joe Biden accepting the Democratic Party nomination for President of the United States.

The COVID restrictions have forced this year’s convention to be conducted mostly virtually. 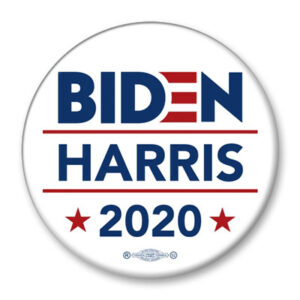 Democratic presidential nominee Joe Biden has selected California Senator Kamala Harris to be his running mate on the 2020 Democratic ticket for the White House.

Harris, who is serving her first term in the US Senate was previously California Attorney General and District Attorney for the City of San Francisco.  Harris is of mixed heritage, her father being African-American and her mother Asian-American (from India).  The ticket has been praised as being more reflective of today’s America.

Members of the Framingham Democratic comment on this historic moment:
END_OF_DOCUMENT_TOKEN_TO_BE_REPLACED